About the Victoria Core region

Victoria is the capital city of the Canadian province of British Columbia, is on the southern tip of Vancouver Island off Canada's Pacific coast.

The city of Victoria is the 7th most densely populated city in Canada with 4,405.8 people per square kilometre, which is a greater population density than Toronto. Homebuyers here will find a mix of condos and apartments in new construction modern, as well as older character buildings. Overall, the city has a distinctly British feel, with downtown architecture looking a lot like parts of the City of London.

A few highlights of the Core’s housing market include:

The downtown core is one of the most interesting and exciting parts of the Greater Victoria property market. Here, modern developments mix with remodelled and renovated character buildings to create a vibrant and interesting downtown scene.

Click the Map below to view Victoria Core Listings 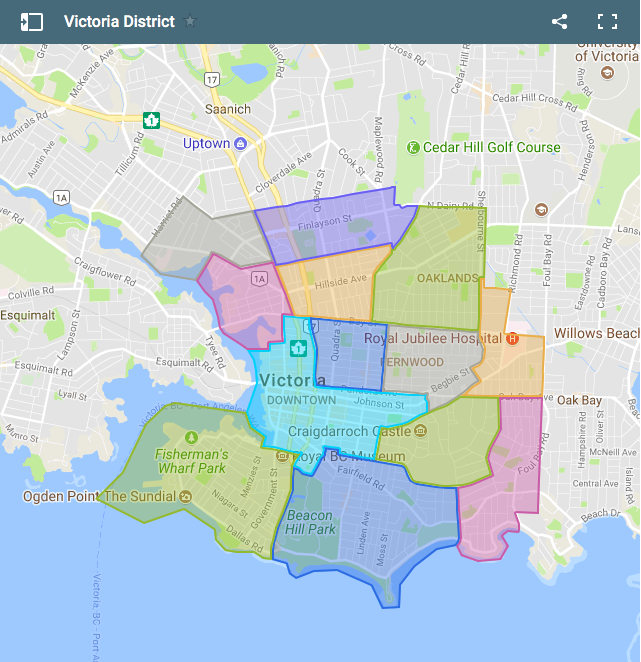